I Got My Thesis Result, I Did Not Get Distinction But I Passed – DJ Cuppy Popular Nigerian disc jockey and daughter of Nigerian billionaire, Florence Ifeoluwa Otedola, who is also known as DJ Cuppy has taken to social media to announce the result of her thesis for her Master’s degree program at Oxford University.

See also  I Feel Like Many Guys Don’t Want Me, They Want My Dad - Femi Otedola's Daughter, Dj Cuppy Says

In the tweet the popular figure shared on her official Twitter page on Tuesday, 27th of September 2022, she said that she recently got her thesis result and that the result classifies her Master’s Degree.

She went on to reveal that she was not able to get a merit or distinction in the result but that she she passed. DJ Cuppy who could not hide her excitement, said that after a tough year, she can officially say she is now a graduate from Oxford University and that she is so proud of herself. 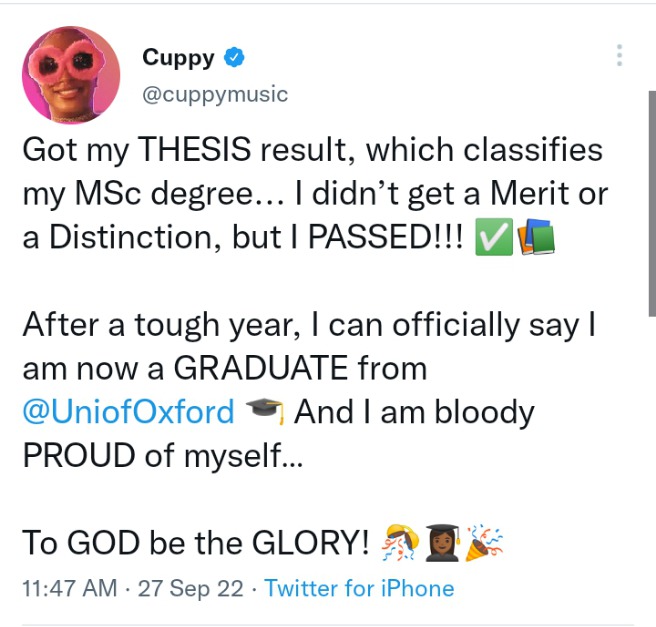 The DJ also gave God the glory for the result. Following the sharing of the good news on her social media page, many of her fans took no time to congratulate her.

Check out some of the reactions DJ Cuppy’s tweet generated. 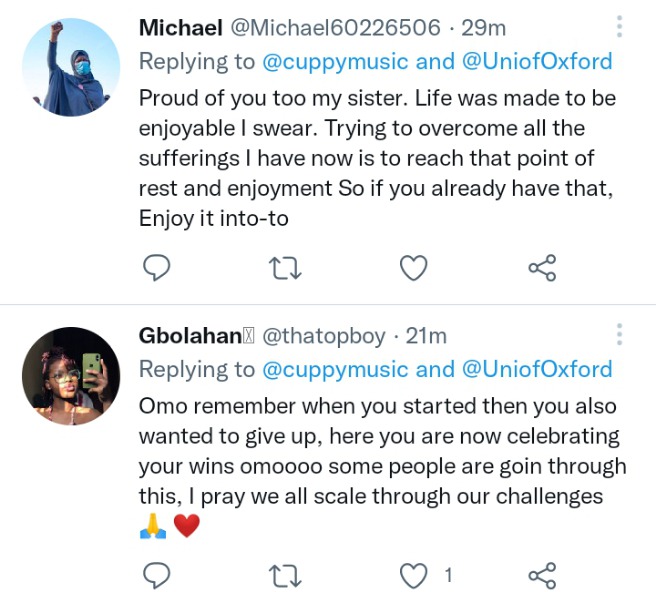